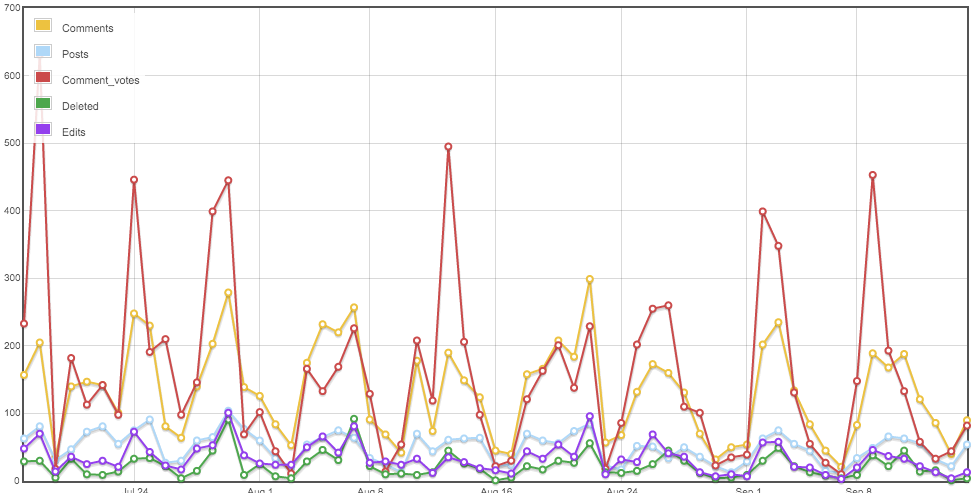 8
Recent Changes to The Workplace
11
Should we hide comments on question with several existing answers?
7
Why is the "Add Another Answer" button labelled "Answer This Question"?
0
Comments not expanded by default?

0
Why should answers be long?
5
Is this a constructive question or is there a problem with the answers? What can be done to make it constructive or fix the answers?
2
Industry Specific Tags - What Should we Do?
7
'On-Topic' and 'Off-Topic' sections of the help center
5
Being More Aggressive about "Just Quit" Comments/Answers
5
Why are Workplace answers removed without an explanation?
11
Is this question appropriate for The Workplace?
0
"This question has more than two answers already"
8
The Workplace updated site theme is ready for testing!
4
When comments start okay and then diverge, can we just move the latter ones into discussion, while keeping the appropriate ones above?