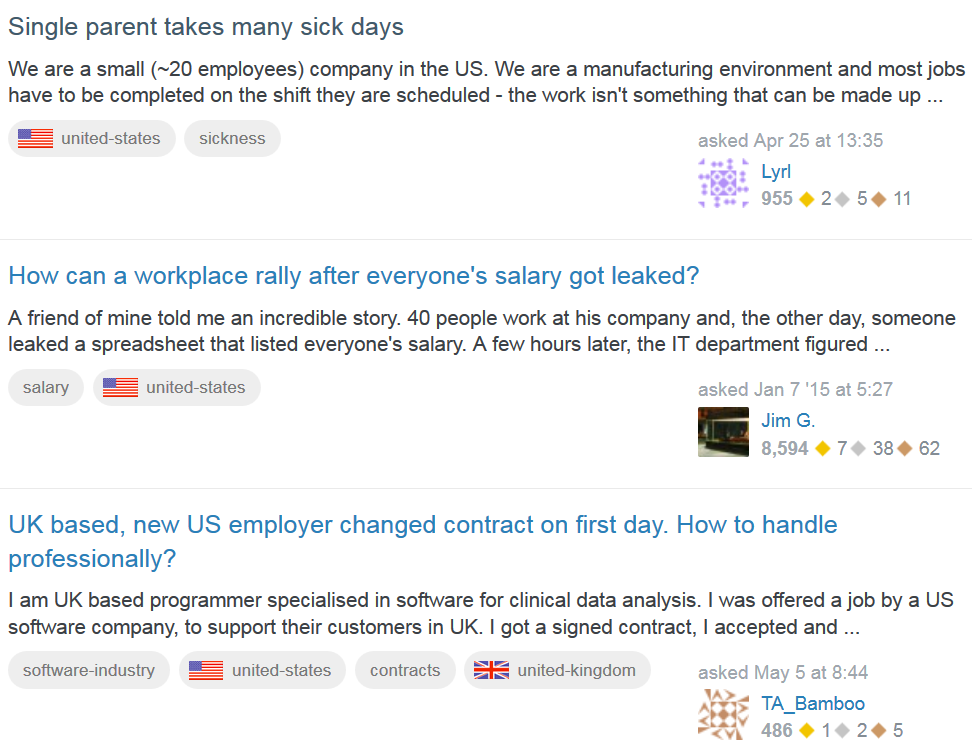 4
Figuring out the money related tags
3
Location Tags - What Should we Do?
2
Industry Specific Tags - What Should we Do?
8
Merge Tags: professionalism and unprofessional-behavior
4
Can we make our help page on tags more relevant to our site?
0
Request to burninate [legal] and [law] tags
0
How should questions about transgender issues be tagged?
4
Clarification on academic and academia tags