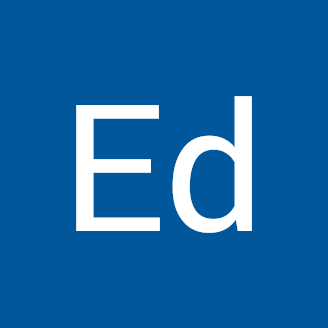 I'm generally friendly, and I like to be right, so I want people to correct me when I'm wrong. That doesn't mean I'll automatically agree that I was wrong. It just means that I'll be interested in discussing it to find out, and I'm not going to get upset at you because I made a mistake and you caught me.

I've been interested in computers since the fourth grade and I've been messing around with programming since the sixth grade. Working out the math, that means I've been doing this stuff a long time.

I'm fairly adept at English, though I frequently use word constructions others don't, because I think differently. While I do sometimes use words wrong, most of the time people think I say things incorrectly, I am just trying to say something different than they expected. My most common mistakes are using phrases with hurtful connotations that I don't intend. I generally don't intend to say hurtful things. I'm sorry if it feels like I have.

I do know about the Wednesday thing, but there's a lot of other things I don't know. And you can be sure that if I say today is Wednesday and it really isn't, I've merely got the day of the week wrong, and I don't really mean the other thing people mean when they say it's Wednesday. No, I don't actually know what that thing is, I just know it's used to mean something different. Somebody tried to explain it to me, and it made no sense. I know it has something to do with people not realizing different people are different. But different people are different, and that's OK. It's not just OK, it's what makes the world work. That doesn't mean I approve of hate groups. Every hate group I've gotten to know has desperately wanted to change the world into something that couldn't possibly work. I like the world working. It's where I keep all of my stuff and spend all of my time.

I do not have even a survival level of knowledge in any other language meant for communicating with people. I've attempted German, French, Spanish, Latin, Japanese, Chinese, and Italian. That said, I'm only really good at English because I've been working at mastering it for my whole life. I still remember everything I said being awkward, so I'm not going to get mad at someone because their English is poor. I'm more likely to be impressed by them, because I'm easily impressed by people who are multi-lingual.

This user hasn't posted yet.